Spring is here. FINALLY.  For fucks sake it’s taken long enough. Waking up to blue skies and walking home from work in warm fading light is joyous. Irritable and intolerant most of the time, the rarity of British sunshine makes Londoners throw off the shitty mood and stay outside as long as possible.  Every grass verge is dotted with opportunistic sunbathers and the pavements of Soho are heaving with groups picnicking on blue-bagged off-licence tinnies. Sunny London is the best place in the world. 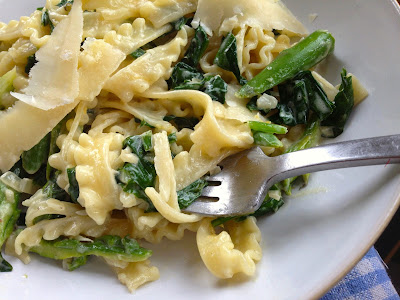 I adore the buzz of urban springtime but coming from a semi-rural town in Yorkshire means every so often I crave the peace of countryside.   Fortunately my friends feel the same and yesterday we ran away from concrete and skyscrapers to Hastings, for a long walk along the coast.
I haven’t felt inspired by food for a while.  A combination of busyness, tiredness and being skint have meant a couple of months eating more for sustenance than pleasure but while walking I spotted wild garlic and took some home, eager to cook with something new.

Foraging for wild food is well trendy right now and wild garlic is perhaps one of the easiest introductions.  It’s in season late February to late May and grows in woodland areas where bluebells are usually found.  It has long flat leaves and small white flowers but you’ll smell it before you see it. 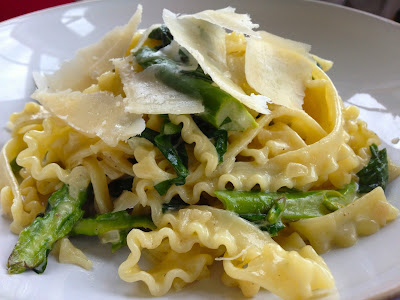 Unlike cultivated garlic where you use the bulb, with wild garlic you eat the leaves.  I cooked it with asparagus, cream and lemon in a pasta dish along the lines of risotto primavera. Despite the cream and butter it was light and fresh with a subtle allium hum from the wild garlic and a crunch from the asparagus.  Really nice. 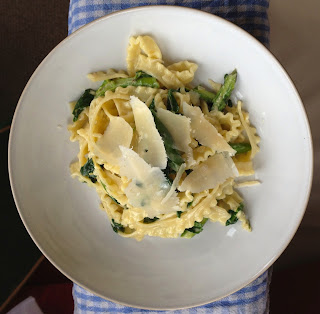 ·       Large bunch of asparagus, woody ends snapped off, sliced in half lengthways then and chopped into about 5 cm sections.

1)      Set a large pan of salted water to boil and add the dried pasta to cook according to instructions or until al dente (or how you like it).


2)      About 3 minutes before the pasta is done, add the chopped asparagus to the same pan.


3)      If the pasta and the asparagus finishes cooking before you finish the sauce, drain and reserve the cooking water.


4)      In another pan (large enough to hold the cooked pasta and sauce) heat a splash of olive oil and 1 tablespoon of butter on a low/medium heat and add the finely diced shallots.


5)      Gently fry the shallots for about 7 minutes until translucent and soft, but not browned.


6)      Add the white wine to the shallots and crank up the heat, boiling vigorously until about half the liquid has evaporated before adding the zest and lemon juice. Whisk in the 2nd tablespoon of butter.


7)      Turn the heat down to medium and add the drained pasta and asparagus, the chopped wild garlic and the double cream.


8)      Stir well.  Add a splash of the pasta cooking water if the sauce needs loosening.  Taste for seasoning and adjust.

I always need a few extra days off on top of the obligatory national Christmas holiday. In the weeks leading up to Christmas the steadily worsening weather and rising panic about presents, traveling and quite frankly money, means that once the big day finally arrives and passes in a haze of booze and food, there is a guilty sense of relief. 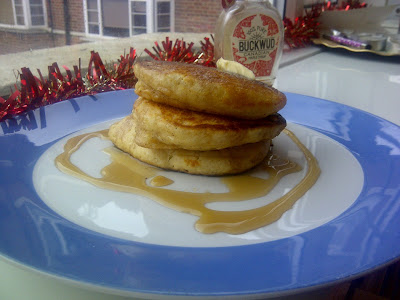 Don’t get me wrong I adore Christmas.  The pagans got it right with the Winter Solstice celebrating the shortest day and longest night - it only gets better from here on and we have the extra mince pie padding to deal with the January chills.  I’m not forgetting the baby Jesus. Or Santa Claus.  Everyone has a place in my book, but mainly I worship tinsel. Glorious, glittery, shiny tinsel.  My living room is a shrine. 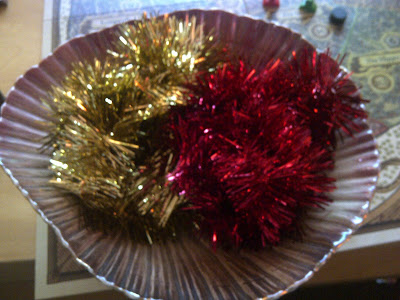 One of the main luxuries with time off is the lie-in and the lazy celebration breakfast.  Smoked salmon and the fry-up have their place but my American food obsession makes me choose a stack of pancakes.  Not super-thin crepes with lemon and sugar but thick, fluffy, vanilla monsters dredged in maple syrup.  They make me feel like I’m in a film. 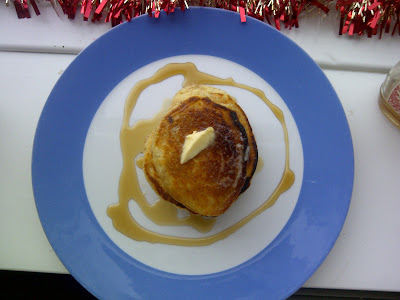 Whenever I want a classic American recipe I turn to the uber blogger, The Pioneer Woman, a bonafide all-American housewife living on a working cattle ranch in Oklahoma.  I halved her recipe and added an unconventional dollop of Greek yoghurt helped to counter the sweetness.

1)   Mix all the dry ingredients (flour, salt, sugar and baking powder) in a large bowl
2)   Mix all the wet ingredients separately (milk, egg, vanilla extract)
3)   Add the wet to the dry, taking care not to over mix – lumps are good!
4)   Melt the 2 tablespoons butter (I defrost in microwave for 30 seconds) then carefully stir into the batter.
5)   You have 2 choices:
a)    Frying pancakes in batches, leaving cooked ones to keep warm in a very low oven (80 degrees Celsius) on a plate.
b)   Using a humongous non-stick pan or 2 non-stick pans and doing all at once.
6)   Either way: heat non-stick pan with a bit of butter on a low to medium plate and spoon a large serving spoon size dollop.  I got about 6 large pancakes from this recipe.
7)   Wait till a few bubbles form on the surface (I waited slightly too long, which is why the edges are a little dark) then flip and leave for another couple of minutes.
8)   Stack on a plate with a pat of butter between each one, a drizzle of syrup and bit of yoghurt or cream.